Here in the U.S., we’ve just had an election. A national election. Pretty big one, evidently. Maybe you heard something about it.

Meanwhile, another fifty million people and change voted for a different guy, and those people are sad today. Down in the dumps. On a fast train to Frown Town.

So what does all this mean? I’ll tell you. It means a lot of people are going to be drinking a LOT of alcohol soon. And in this country, what do we drink to celebrate, or cry into in anguish?

In honor of the coming surge in brewski sales, I took to Facebook to hit up a few of the nation’s brewers of adult barley-based beverages. Read on for my questions — and my actual posts on the companies’ Facebook walls.

It doesn’t matter if you voted with your head this election cycle, or with your heart, or with some other body part. A nation divided is rejoined at the liver. Bottoms up! 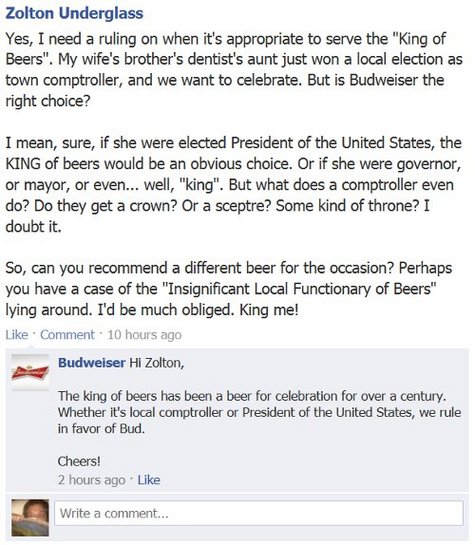 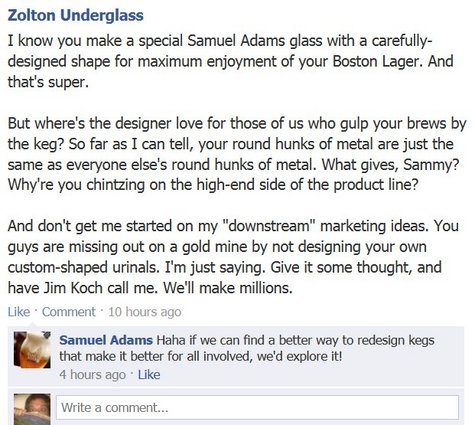 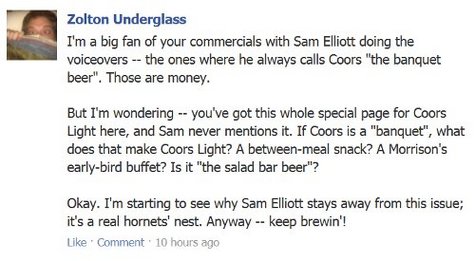 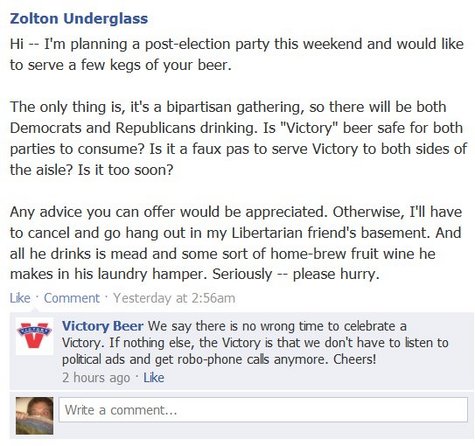