Zolton Does Amazon: Fondue? Can Do!

Zolton Does Amazon: Fondue? Can Do!

Mrs. Zolton and I were slogging through yet another holiday season — trudging through sidewalk slush, battling the hordes of berserker shoppers, resisting the urge to hang ourselves with boughs of holly at our office Christmas parties.

Then my wife threw me an ice-crusted curveball: “Why don’t we have a fondue party? They’re all the retro kitsch rage these days.”

Well, I didn’t understand most of those words, but I did latch on to “we” and “party,” and that’s all I needed to hear. A few of our closest chums, some runny Velveeta, several cases of booze and writing our favorite Christmas carols in the snow — that’d stuff the partridge up the old pear tree, all right. 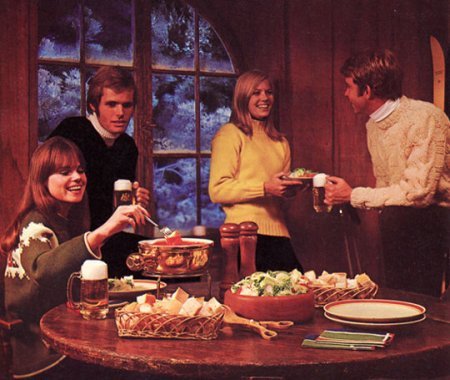 Seriously, who WOULDN’T want to be at this groovy party? Or to sport a haircut that hasn’t been in style since the Ford administration?

Just one problem: we don’t own a fondue set. And when the missus wanted to go out and buy some ritzy expensive contraption, I nipped it in the chestnuts. We’re melting cheese here, not building a nuclear reactor. This isn’t brain surgery. It’s not even hair transplant surgery, for the love of Blitzen.

If we’re going to make fondue, I told her, we’re doing it my way: on the cheap, outside the box, and without reading any pesky instruction manuals or safety guides. Also, with a little help from Amazon. So ho-ho-who’s hungry for cheese?

I’ve used one of these hair dryers and it felt like it was melting the scalp off my skull, so I figured it would make quick work of cheese. I dropped a block of aged cheddar onto a plate and blasted it, point-blank.

Ten minutes in, and nothing happened. Twenty minutes, still no melting. An aroma I imagine to be something like the Jock Strap from the Black Lagoon made its way around the kitchen, but the cheddar wasn’t budging. After half an hour, I gave up. Or passed out from the fumes; the details are still sort of fuzzy. 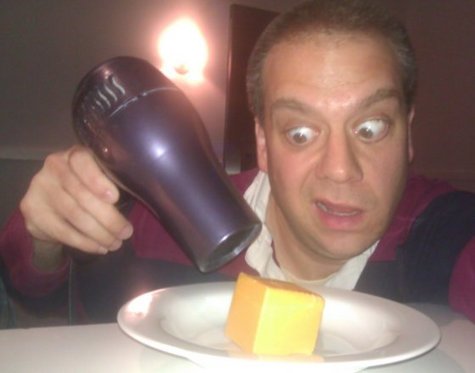 Oh, admit it. If I gave YOU those big googly eyes, you’d melt in a heartbeat.

But at the end of the day, all I had was warm cheese, a tired arm and a lingering funk that could drop a reindeer at forty paces. And now every time I dry my hair, I have flashbacks of swampy underpants. Not cool.

The reviews say this stuff melts ice better than anything out there, and it’s non-toxic and pet-friendly to boot. Cheese is a heck of a lot softer than ice, so it should work even better for fondue, right? I had a whole wheel of Swiss to get through, so I bought two bottles, just to be safe.

I started with a light sprinkle on top of the cheese, and waited for the melt. And waited. And waited. Nothing — the cheese just sat there. So I poured on some more, until the whole wheel was covered in a pile of little blue pellets. Still nada; the cheese didn’t even break a sweat. Eventually, I dumped both bottles over the cheese, and pressed the pellets into the wheel as deep as I could. I waited for hours, but it just never melted, even a drop.

On the bright side, all those little blue bits stuck in the yellow wheel were sort of pretty. So I jabbed a hook through the top and we got a new Christmas tree ornament out of it. And if the dog ever manages to jump up and tear it down, at least we know it’ll be gentle on her paws. That’s something, I guess.

It’s billed as a “beauty” product, but this little gem does have the capability to melt cheese — albeit veeeeeery slowly. I actually fell asleep on top of it while cooking up a batch of Gruyere, and ended up with cheese in my ear. Which is clearly not the face hole where I’d intended to put it. 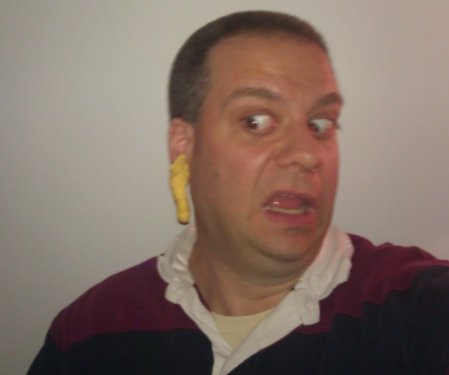 That said, this product can certainly be used as an emergency fondue pot in a pinch. But if you also use an actual wax warmer, I’d suggest buying a second and keeping them separate. Ours disappeared with my wife into the bathroom last week, and now everything we melt tastes like it’s made by Crayola.

If a machine can blast enough hot air to pop kernels of corn, then surely it can liquefy some soft cheese, right?

Right. With two rather important caveats. One, if you use the popper to make fondue, you’ll probably want to consider never using it again. For anything, ever. After one block of cheese, the inside of the popper looks like a La Brea tar pit. If you got your finger stuck in that goo trying to clean it, it might be archaeologists five million years from now who find your remains.

And two: being a popper, this device doesn’t just heat your cheese. It also periodically shoots little bits of it out the top and toward whatever happens to be in front. Which, if you’re curious like me and want to know if it’s working, could be your face. And a blast of searing hot Jarlsberg up the nose is not as refreshing or delicious as you might imagine. Trust me on this one. 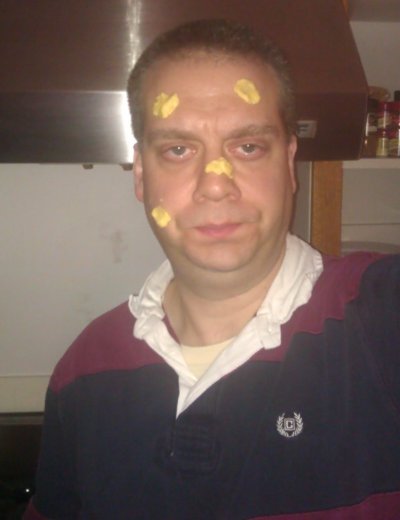 The author, after another exhilarating session of “Pop Goes the Cheesel.”