This particular article was a part of the ZuG ‘farewell week’ before the site shut down on April 1, 2013 after eighteen years of yuks. It will be missed.

It’s never easy losing someone you love. It’s harder still when that someone is funny, kinky, takes both Viagra and breast enhancement pills, and is of legal age in most states. And also shows you her boobs occasionally. Or his.

Oh, and I pranked some Facebook companies, too. Because that’s still a thing, apparently, at least for another four days. 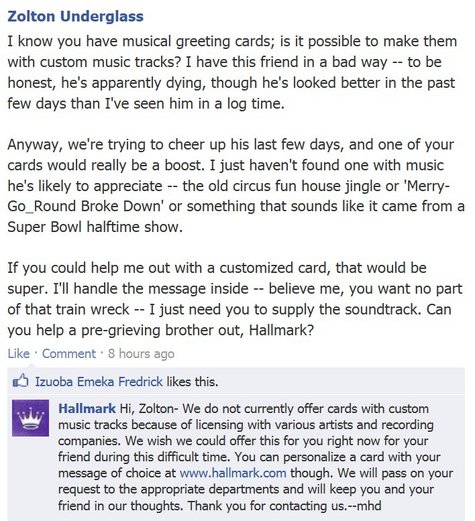 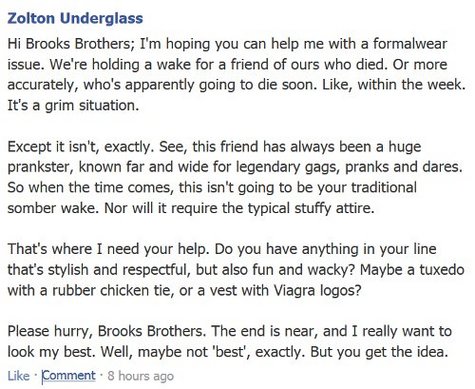 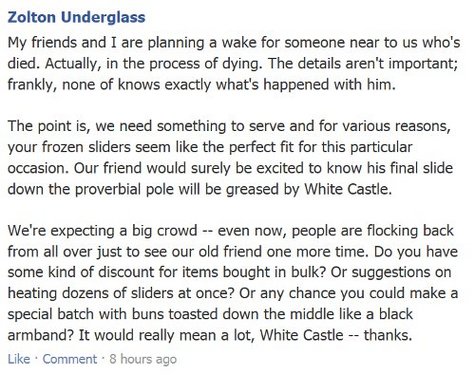 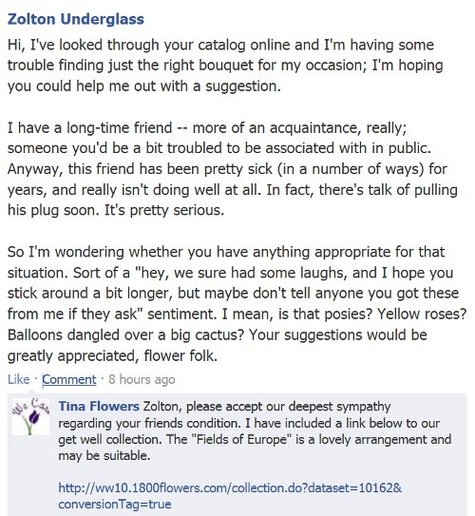 Eighteen years of yuks and all you rate is a “Fields of Europe” bouquet? I hope to shit you’ve got something better planned for the gravestone.