It’s January now — the holidays are over, the calendar has turned, and the champagne has been drunk, upchucked, and sworn off. That can mean only one thing:

Yes, the nouveau corporate tradition of celebrating the season — way after the season is already dead and buried — is back for another go-round. Because the true meaning of Christmas is getting the deepest discount possible on that Doubletree Inn ballroom where Joan from accounting is going to grope the mail room guy during the “Salesperson of the Year” announcement. Apparently.

Anyway, this year I had a “holiday” party to attend, a real swanky black tie affair. Zolton doesn’t do formalwear. Zolton can barely tie his shoes, much less a stupid necktie. 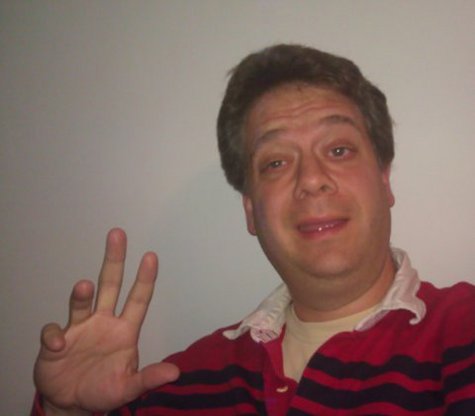 Clearly, I needed some help in getting my formal freak on. So I turned to Amazon for all of my monkey-suiting needs. Check out my posh purchases — and actual Amazon reviews of the products listed — and you’ll be on your way to puttin’ on the Ritz this “holiday” season, too. Happy Whatever-the-Hell-It’s-Supposed-to-Be!

I hear looking good starts before you even get dressed. So I picked up six rolls of this fancy black toilet paper to wipe my pre-party bottom in STYLE. It felt like sliding down one of those ritzy velvet ropes they put outside bars I’m not allowed into — only without the friction burns and horrified strangers.

The only problem was when I cut myself shaving, and used little bits of the paper to stop the bleeding. When I showed up at the party, everyone I met thought I had face leprosy and ran away screaming. Soon, it was just down to just me and the velvet ropes by the coat check stand.

I figured the first thing I needed for a black tie party was a black tie. But why buy just one, when I could get a whole fifty ties for under four bucks? Who said looking like a million bucks has to be expensive?

Best of all, these ties come with velcro and are “self-gripping.” So I didn’t even have to learn how to tie them. I just mashed a few together, looped them around my neck, and voila! I was the prettiest primping penguin at the party. 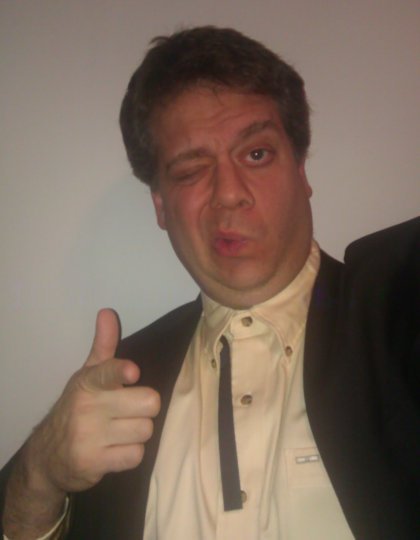 Oh, you MIGHT be able to out-suave this. But not without years of training and three gallons of Aqua Velva, sport.

Or at least the cheapest. And I had enough ties left over to fashion a tasteful cummerbund and tails. If I get another set before the party next year, I’ll make myself a nice vest, and maybe some spats. Eventually, I’ll go in a complete outfit made only of ties. Eat your heart out, Mr. Blackwell!

If you’re getting dolled up for a big soiree, you want to dazzle right down to your shoes. So I went looking for some polish to spiff up my old hoofers. Sadly, the only dress shoes I had on hand were a pair of nut-brown wingtips older than I am. I needed some heavy-duty goo to blacken those babies up.

Enter this “liquid leading” product. This stuff is amazing! I just glommed some onto my old shoes, scrubbed it in, and soon enough I had a nice shiny pair of ebony-colored stompers. Really shiny. As in, extremely shiny. I had to be careful where I looked when I went to the men’s room, because these puppies reflect EVERYTHING. But that’s the price I pay for good looks, I guess.

Well, that and an oily black trail of oozing paint trailing everywhere I walked. By eight pm, it looked like a giant garden slug with a horrible digestive disorder had slimed all over the dance floor. But Jerry from marketing didn’t even show up until nine thirty! Bazinga!

Every detail counts when you’re decking out in your best duds. I wanted that “tuxedo” feeling right down to my skivvies. Also, underneath. So I bought these and strapped one on while I gussied up for the gala.

I’ve heard people say they “dress to the nines” for these kinds of parties. I suppose technically I only dressed to the five-and-a-halfs or so, but it still felt pretty posh down there. Sadly, I didn’t get a chance to use the product in any “traditional” way — though it was touch-and-go for a moment when I heard there was an open bar — but I like to think I went the extra mile to swank up for this soiree. 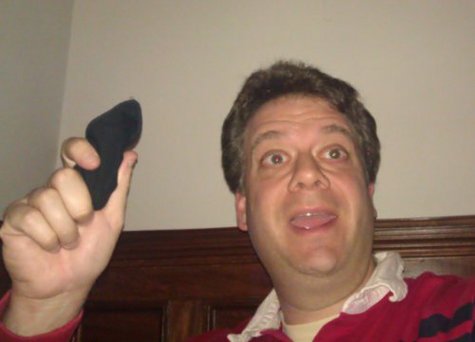 Was it before or after the party that I offered to make balloon animals for the kids? A true professional never blows and tells.

Okay, maybe not a “mile.” Or “nine.” Still. I gave new meaning to the term “lap of luxury.” That’s worth celebrating, any time of year. 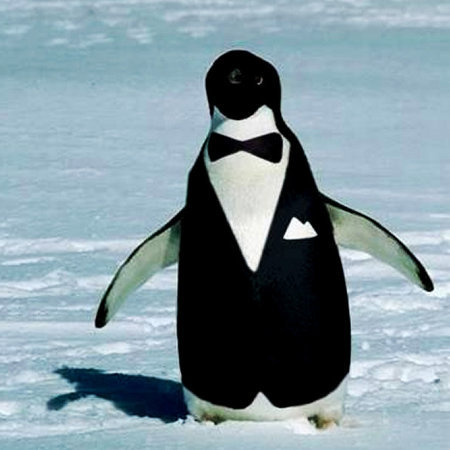 Screw this. Next year, I’m sendin’ a proxy!