As winter finally lifts its snowy bootheel from our collective throat here in the U.S., we pause to think of those less fortunate than we. Poor, shivering souls exposed to the elements, without the means to afford the amenities of a more civilized life.

I’m speaking, of course, of Canadians.

While we thaw out, the Canucks are stuck with fourteen more weeks of winter. They’ll still be parka’d up in June, shoveling sled paths and moose crossings between their igloos. Good thing their healthcare covers frostbite burns, the poor Arctic dearies.

To honor our numb northerly neighbors, I said “hello, eh?” to some of Canada’s most well-known corporate giants. The ones who don’t speak French, anyway. Or make earflap hats or hockey pucks. Which excludes most of them.

Read on for my Royal Mounted salute to Canadia — and my actual posts on the companies’ Facebook walls. And let’s give those avalanched lumberjacks some love. Everybody show them your “O, O, O, O, O Canada!” face. Attaboy, eh. 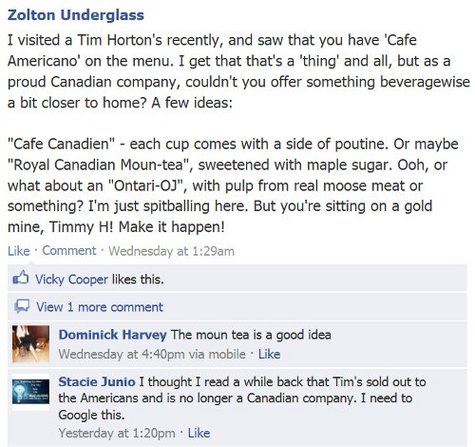 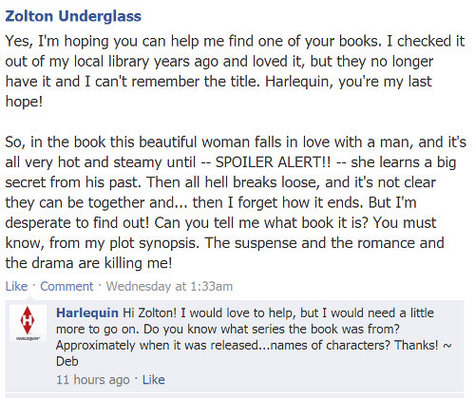 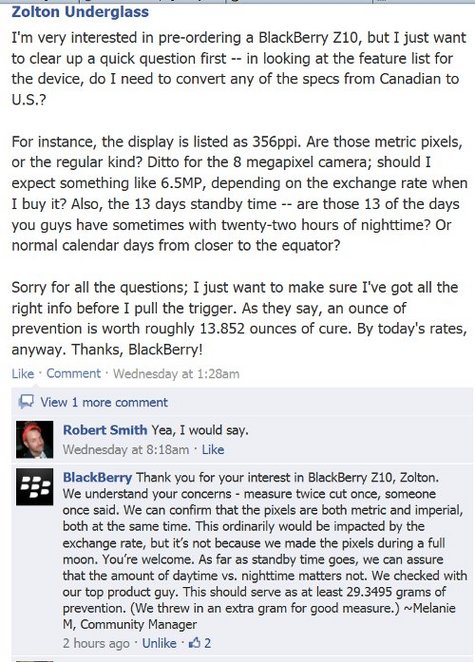 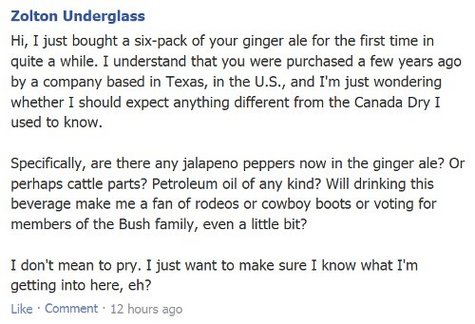