Most Christmas gift-giving is easy. For friends and loved ones, the really important gifts for loved ones practically buy themselves. By the time December rolls around, you know who’s getting the big-ticket items — a diamond ring, the new car parked in the living room for no particular reason, that fancy new iBrator she’s been asking about for months.

But what about the ‘Others’? The people you don’t actually like or need or want to share oxygen with, but are expecting a Christmas present anyway? The mothers-in-law and catty neighbors and dyslexic mailmen of the world — what in the name of Santa’s plus-size Jockeys do you get those cretins?

Never fear, gentle reader, for you’ve stumbled onto Zolton’s Yuletide Guide to Passive-Aggressive Gifting. With this guide, three spare minutes and a little help from Amazon, you too can send presents that deliver just the right holiday message. Assuming your message begins with, “Look, bitch!”, of course.

So for everyone on your list who you’d like to tell to go stuff it in a stocking, it’s the Yuletide Guide to Passive-Aggressive Gifting: Where every gift begins with “GUH!”

What gift says to someone “I don’t especially like you”? An ant farm has to be high on the list. Basically, you’re asking the recipient to display live insects in their living room, while opening wide the possibility of future breakage, nasty carpet stains and years of six-legged infestations. See, THAT’S a gift that keeps on giving.

Now if you load the farm full of radioactive blue gunk to draw even more attention to it, AND make the givee actually order their own ants through the mail, then you’ve really sent a holiday message. And I think that message is: “I would totally plant evidence in your basement to frame you for a crime.”

I bought one each of these for my boss, my dentist, my tax auditor and the guy next door who rakes his leaves into my yard. O joyous day.

There’s nothing sexy or personal about giving health-related presents at Christmas. Even less so when the item is cold, gooey and smells like the inside of an old tuna can. That never stopped Aunt Margie from making her special holiday “Jell-O Surprise” — but that’s a different problem.

I bought two three-packs of this supplement for my mother-in-law, to show that at least I’m concerned for her cardiovascular health. I figured it would make a good stocking stuffer. But I also know how she feels about “store-bought” pies or candies around the holidays. When she hung her stockings after Thanksgiving, I snuck over and poured the bottles in — so when Christmas morning rolls around, maybe she’ll think I made it myself. 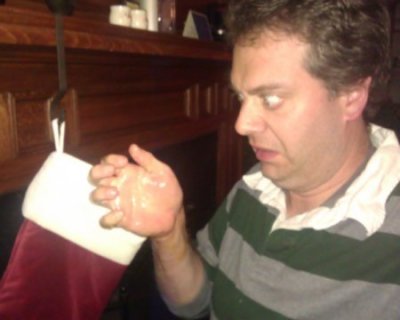 O Santa! Why hast thou forsaken me?

In the meantime, she can’t figure out why all the neighborhood cats are trying to climb down her chimney. I’d tell her, but I don’t want to ruin the surprise. 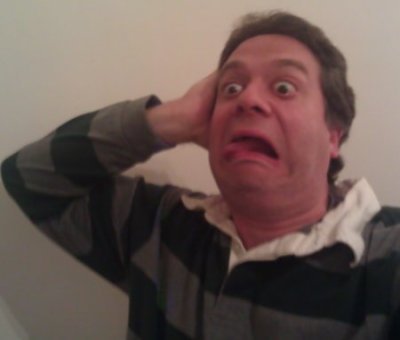 Do you hear what I hear? Then KILL it! KILL IT WITH FIRE!!

Why, the perfect Christmas gift for the lady next door who lets her kids trample my wife’s flower bed every spring. Also? DELICIOUS REVENGE.

By Track 3, I expect to see the woman running screaming from her house in agony. I hear Track 4 was used on prisoners in Gitmo, after waterboarding was outlawed. Track 7 — featuring Celine Dion, no less — is specifically outlawed in an amendment to the Geneva Convention. If she lasts through the entire CD, I’ll be superbly impressed.

And then her kids will beg to play it again. And again. And once more before bed. God, I love the holidays.

I bought one of these for my cousin Ted last Christmas. Cousin Ted isn’t especially a fan of Christmas. Or children. Or small, needy, squirming objects sitting on his lap. Cousin Ted should’ve thought of all that before he “decided” not to be in the family gift swap back in ’08, AFTER he drew my name.

It didn’t pay off right away. But so far this December, Ted’s played the fat man for two nephews’ birthday parties, a Peewee football fundraiser and a school play, reporting that the outfit is “itchy,” “sweaty” and “like a red flannel prison.” He’s starting to make the Grinch look like George Bailey. Oh, well — at least one of us is jolly! 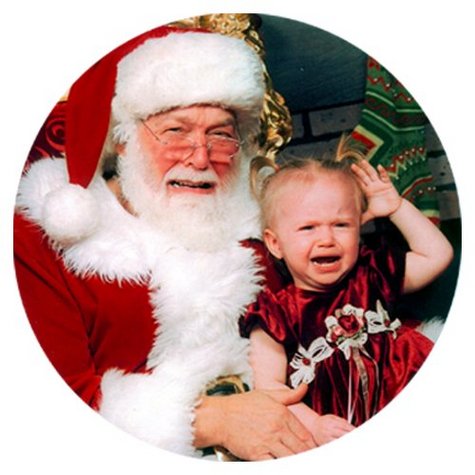 Not actually my cousin Ted. But it might as well be. Yaaaaay Christmas!