← The Secret Wordshake  |  The Jersey Scar →

So, here’s a thing about 3-D printing I wrote a while back as an example piece for a writing gig. It’s not completely what the scientists call “factual” or “plausible” or “packed with sanity”, but there might be a nugget or two in there you didn’t know.

Hell, it must be good for something. I wound up getting the gig. I’m just saying.

Everything You Need to Know about 3-D Printing

If you print it, they will come.

One of the hottest technologies around is 3D printing. Not content to build things with our actual hands, mankind has finally built machines to do the rest of our construction work for us. It’s such an amazing breakthrough, you wonder why we didn’t design these things a long time ago. If we’d had 3D printers to help us back then, we probably would have. They’re that good.

Like any new tech, this one comes with questions. Will 3D printing finally let us lead the lives of comfort and luxury we’ve all dreamed of? Will the only career left in ten years be ‘3D printer repairman’? Will the machines rise up and slowly print out a race of cruel robotic overlords? Maybe, hopefully, and almost certainly – but not necessarily in that order. Let’s start with what we know.

How Did We Get Here?

The first 3D printing processes were developed in the 1980s and early 1990s, led by groups at the Massachusetts Institute of Technology – because there wasn’t enough rocket science to keep them busy – and at a company called 3D Systems in South Carolina, where people apparently have pretty good ideas when it’s not Spring Break week.

Conceptually, 3D printing is a successor to the familiar 2D printing process, which of course replaced the less-useful 1D printing practiced by cavemen and children with oversized safety pencils.

The Last Supper by Leonardo da Vinci — as printed in 1D.

Like other printing processes, 3D printing is an additive manufacturing process; that is, material is built up (like the ink in 2D printing) to produce a final result. Any process that involves sculpting, carving or gouging of material is not truly 3D printing. And could get you arrested for vandalism, if the ‘material’ happens to be the neighbor’s shitbox Taurus hanging over into your spot. Better to 3D print the guy a clue on how to park, and move on.

How Does It Work?

The 3D printing process starts with a sort of blueprint, produced using computer aided design (CAD) or 3D-modeling software. This virtual model is then cross-sectioned and fed to the printer. Please note that one shouldn’t cross-section actual models and feed them to the printer, because they’re usually too large to fit. Except for Kate Moss, but still – don’t do this.

Kate Moss in cross-section. In other words: Kate Moss.

With the model loaded, the printer then applies layers of the selected material to the product, according to the cross-sections. This material may be anything from metals to plastics to edible compounds, and – depending on the technology – layered in sheets, resins, extruded goops or powdered form. Name something durable with hardness somewhere between applesauce and an uncut diamond, and there’s a good chance you can print with it. It’s a PlayDoh-er’s wet dream.

On the other hand, just because you can 3D print something doesn’t mean you should. It’s not recommended, for instance, to print a Princess Leia bikini out of pink foam rubber, or to print a bust of your girlfriend’s head out of canned tuna. There would be questions. Uncomfortable questions. And possibly chafing.

How Much Will It Cost Me?

There are quite a few 3D printing services available, offering to physically render models – usually in plastics such as ABS – for anywhere from a few to a few hundred dollars a pop. The world’s finest plastic jewelry, knickknacks and geometrically-shaped paperweights are now just a few clicks and a few days’ paycheck away. It’s like we’re living in the future. Or next to a toy gumball machine.

But what if you’d like to buy a device yourself, for home use? Your options are growing – Staples will soon begin selling 3D printers in their stores – but the cost is still quite high. Expect to spend $1000-plus on a ‘starter model’, and tens of thousands on a printer with more bells and whistles. Which incidentally, may be able to print its own bells and whistles, if you ask it just right.

(There are some DIY printer kits out there that come a little cheaper. But let’s face it – if you wanted to build things yourself, you wouldn’t need a 3D printer in the first place.)

Ironically, one thing you can’t 3D print with much success? Actual staples.

What’s It Used For, Anyway?

While 3D printers may not grace our living rooms any time soon, they have plenty of other applications. The original purpose of the tech was to quick-build prototypes of industrial models and designs, from architectural structures to car models to dental implants. Some printers even use conductive ink, which means they can print circuitry into the finished product.

No word on whether the dentists have picked up that technology yet. But when the old folks can play Lawrence Welk MP3s through their dentures, we’ll know the future has arrived. And we’ll wish for that robot revolt.

New applications for 3D printing are coming all the time. There’s a recent brouhaha over online designs for 3D-printing a working gun. Researchers have managed to print replacement human ears. (Can extruded plastic boobjobs be far behind?) And NASA wants to feed its astronauts – and maybe the rest of us – 3D-printed pizzas. 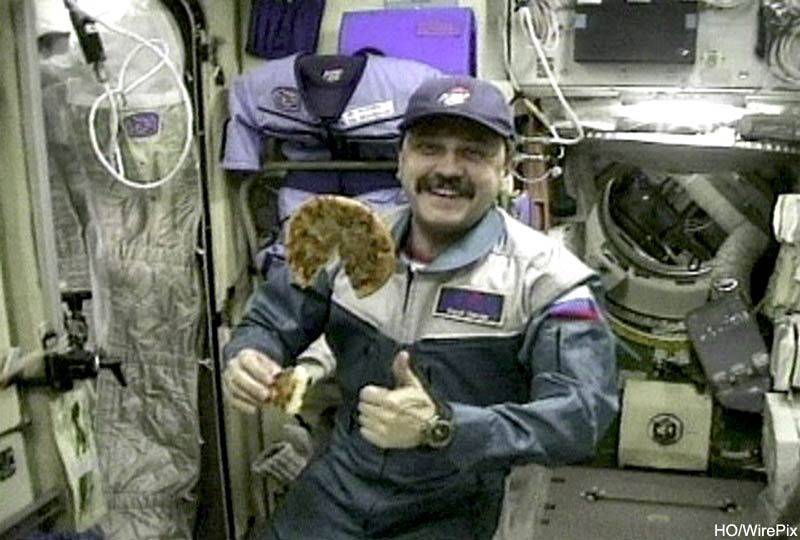 Houston, we have a pepperoni.

In short, the sky’s the limit for 3D printing technology, and we’ve only just begun to find new ways to use it. Of course, in the long run, it’s likely to find heaviest use in the two areas where all new manufacturing tech winds up. Namely, Legos and sex toys. And maybe some day, rubber Leia bikinis. Some day.